Have You Made The List of Things Before Turning ’30’

Have You Made The List of Things Before Turning ’30’

One year before turning ’30’, mostly your heartbeats take a notch higher than normal. Every ‘Things To Do Before Turning 30’ articles start catching your eyes. 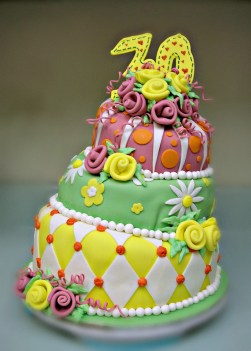 No matter that everyone above thirty has already passed that feeling once in their lives, they don’t seem to recall it anymore. If someone has crossed it recently, vaguely remembers it, they too take it casually.

But it seems like the writers of ‘things to do before turning thirty’ lists feel like the only sane and intelligent people in the world.

If you get to cross out even six things out of ten, you feel you have achieved a lot. Maybe you can cover the list on time. But God forbid if the number is three or less. The heart rate matches the drumbeats of a Punjabi song and the apprehension can be felt as coldness in the hands even by ice itself.

Though ’30’ is a milestone of life and at ’30’ your first T-half (time half) is over. Your alcohol digestion power will start declining and kids will start calling you uncle or aunty. But it’s not exactly as we are made to believe. 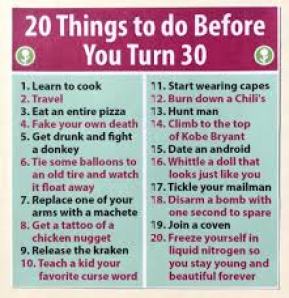 Using this list is hazardous, so kindly refrain from doing it.

There aren’t exactly lists that need to be fulfilled. The day we turn thirty, we are ‘just’ thirty. There’s only a year added and not a whole decade.

Even at thirty, the air will be as crisp, rains will be as watery and the songs will be as musical as it has always been. The change will come only if you stop accepting the change around you. As long as you’ll move forward with the world, age will remain just a number.

So yes, there is a list you need to make before turning ’30’.

The list of things you are proud of… You are happy with… The ones that have most spaces in your memory. The people you wanna have around you…

Because if you started living alone but regretted leaving your parents alone… if you earned more and more money, but regretted the moments you missed in life… If you went to travel alone, but missed your friends terribly and enjoyed none…if you fell in love but didn’t commit because it was in the ‘before 40’ list only- then that list isn’t working for you. Maybe you weren’t looking for it. 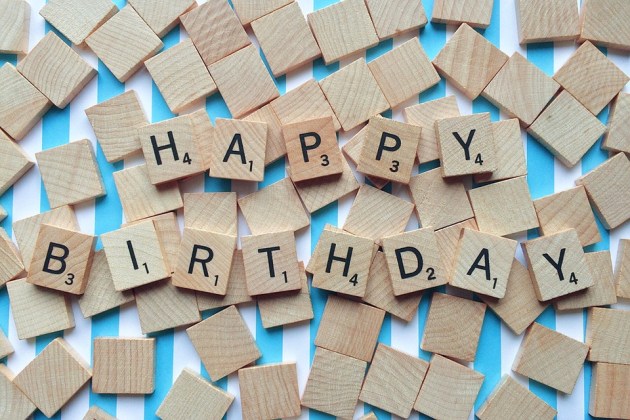 So, make the list of the things you have done till thirty and feel the happiness it provides to rejuvenate you till your next milestone.