Courtesy of Comedy Central, I got to watch the re-re-re-runs of my all-time favorite and a go-to depression-lifter show… F.R.I.E.N.D.S. And yes it was too in an ultramarathon. So from 16-17 March voices that echoed in my house were- 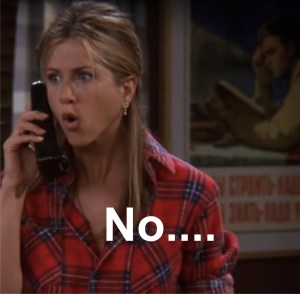 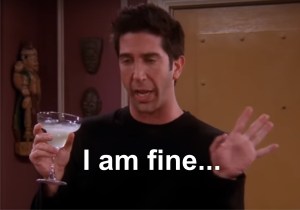 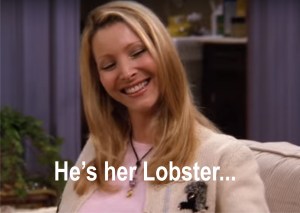 He’s her Lobster…Yes as edible as lobster is so romantic, isn’t it? 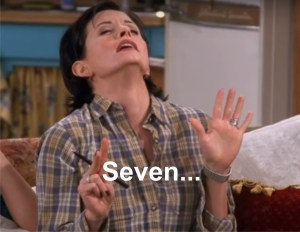 Okay, i have no words…literally (just numbers..). 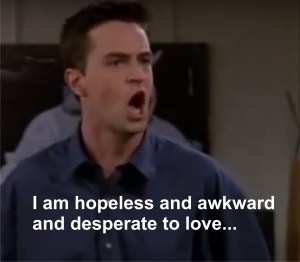 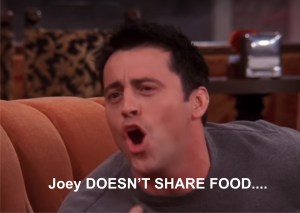 Oh yes. Even I got to display my talent more freely and frequently round the time- clapping hands with that epic song (Don’t feel embarrassed if you did that too- not like you are lying by the window like Ugly naked Guy).

Though I am totally zombie-eyed from the whole marathon from past days and am pretty sure most of you guys who did or tried to watch the whole series. But it was great. Isn’t it great? It is… 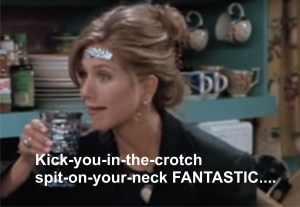 All of us F.R.I.E.N.D.S.ters know that those zombie-eyes are so worth it. Not just that we feel happy, refreshed and really a little liberated after watching the F.R.I.E.N.D.S. marathon, but also in us we feel a part of life becoming fun, easy and amazing.

Like always I even cried at the end of the series and used up a tissue or two (okay, a box or two) on the final scene, no embarrassment there either. 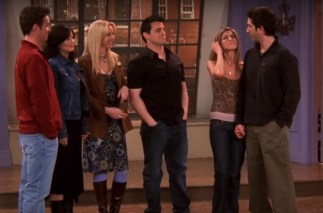 Be it the soft and strong love of Monica and Chandler, or the never-ending rekindled-again-always love of Ross and Rachel….. Phoebe’s love for the smelly cat or Joey’s love for Hugsie… Everything that F.R.I.E.N.D.S. gave me will stay with me for life. It will always be the part of nostalgia that I feel when I revisit it. Maybe…. just maybe… 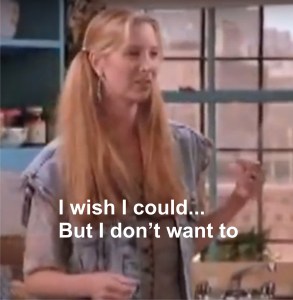 Well, it was just a little something on the epic adventure that I love. Keep Laughing because, for me, that was the most important thing F.R.I.E.N.D.S. taught and don’t forget to tell us in those comments…How You Doin?? 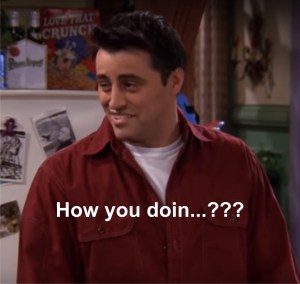