Most of us come across this word very often…..Friction.

Friction is the force opposite to the force that we apply to move forward.

There are majorly three types of friction:

Static Friction……when we stand at a point in our life, the backward force that we face is the static friction. All those memories from the past, those souvenirs that we collect, all those people around us who have pity in their eyes( and some also say “I told you so”) are part of that friction. They tell you that they want you to forget about it, but become the reminders after all. 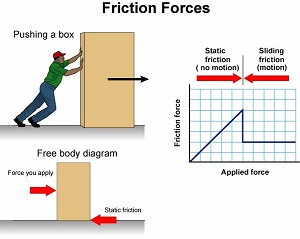 Limiting Friction…….slowly when the memories fade and the people get another juicier topics and you get fed up with the tilted heads of sympathy aimed towards you, you decide to go ahead. This is the moment where the friction is just equal and opposite to your forward force. The souvenirs have lost their charm. The pictures have taken the back seat in the album. Sometimes you hit the limiting friction and lose your efforts, sometimes you race to it and go back to your static stage and sometimes you try again and again but lose your hopes at the boundary. But this is the threshold which is crossed by just a pint of more effort.

As soon as you cross that threshold, you are liberated. This is called moving on. You move on the static phase that your past brought you in and you keep moving then. Your life once again finds your lost motion.

Kinetic Friction…..this is the small friction you face, while you move, opposite to your direction. These are again those memories, the pictures, and the souvenirs. But they will just become the small resistance in your life now, as long as you keep accelerating.

So keep accelerating your life and do not let the limiting friction limit you in a place for very long. Keep feeding yourself the fuel you require because…Life…needs pace.