Delhi is having a year-long monsoon this time with rains every month… January was raining… Feb was too… Now, even May had its around 8 to 9 hours of rain and no matter how sore that sounded, you can’t complain about them. They make the day beautiful, cold and really tasty. And if the rain is pouring and you have nothing to do, then it’s a bonus on a bonus. That’s what happened this time. As the rain was drowning all the dust and greening up the view, I had my steaming mug of coffee, onion bhajia (fritters) and a pen ( my favorite combo) on and my mind up and running.

I was just thinking of writing something when I saw the kids running off to the school bus, under their transy raincoats. Hopping like frogs, laughing as they told their mothers, “Lunchtime will be fun.” And that just brought a smile on those coffee covered lips.

I remember how fun it was to play in the rain. Nobody cared for their uniforms.. nobody cared of getting ill.. none of us even wanted to eat. We would finish our lunches in Maths period (seriously, sir, I am hoping you just skipped this line), right under the nose of our teacher and he wouldn’t say anything. We really believed we hid it well. But, now I believe what was hiding well was his smile under his mustache, once even after when we peeled an orange in his class and literally everybody could smell it.

Once, after four days of the rain ditching us and vanishing right in the lunch period, we decided to take matters in our own hands. We weren’t six, rather in the sixth standard, when we all decided to take a dip in the huge puddle on the under-development football ground. If our school had pigs, they would have been hiding in the boys’ washroom out of shame that day. Though our school didn’t care much of the soiled grass, they did care about the furniture and we all were sent home by those laughing faces. Even my mother had welcomed me trying to hide her laughter when she called me and my brother ‘suaron ki tarah dikh rhe ho’ (you are looking like pigs). 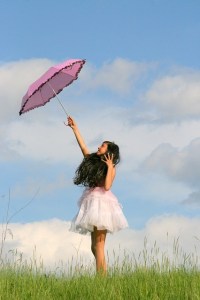 It’s like the rain has some direct connection to the memory space of our brains because everything is washed clean and shining memories start bunny hopping till you notice them and smile secretively as if only you know about them.

We had a very innocent atmosphere and we weren’t exactly exposed to adolescence till the teenage actually knocked our doors. So, when we looked at rains and we started smiling rather than jumping up and down.. and the soft smell of soil after a fresh new rain started capturing our thoughts.. at that time we actually felt the tingle of the adolescence. Suddenly, we would start feeling the urge of putting our hands out in the rain. Puddles made us smile but invited us no more.

I remember when there was a soft rain and my friend took me out to walk in the playground and the drizzle would just settle on the face as a fresh mist. How tingly it would feel to just know the occasional drop falling on our face?

“You know, you are a romantic too, just like me?… The one who likes to stroll in rain and feel the drizzle on the face and the air just beneath the touch of your hair.”

Those words had made me smile and sent a pleasant quiver in the fingertips. I was a romantic and had that announced felt like I was announced the Queen of England or even more.

The pink umbrella.. when faltered by air and had me sprayed by rain while walking home had made me smile because I was the romantic protagonist of the love story that was my life.

If we recall that today, it feels cheesy and corny, but at that time it had had me smiling two days. It made me smile even today. 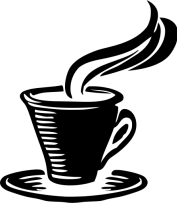 More memories would have flooded my mind but when I raised my mug to sip.. the coffee didn’t reach my lips and a voice fell in my ears.

I decided to get myself another mug of coffee as I saw the eleven-year-old walking towards rain making her own memories that might tickle her brain with a hot cup of coffee someday.